Built around the Mizuho SG-9 board 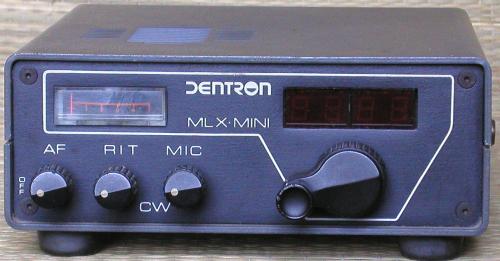 Above is the Dentron MLX-Mini QRP transceiver, which was built around a Mizuho SG-9 pre-assembled 9 MHz IF board. Dentron developed this QRP HF monoband radio just before going out of business in 1983. Only prototypes and a handful of production units were made for 80, 40, 20, and 15 meters. Other parts and pieces ended up getting put together and a handful more were made by QRPers. The rig was capable of 15W SSB/CW maximum if working properly. Most that turn up on the used market seem to need work. A detailed history of this radio as posted on the Mizuho reflector by Bill Hickox, K5BDZ, can be found here. 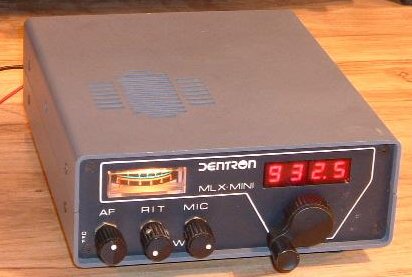 The MLX-Mini pictured on the left was recently offered for auction on eBay and is supposedly working except for low output of only 3-4W. It is one of the nicest examples of this rig that has turned up in recent years. It commanded a serious collector's price.

More details and information will be posted here shortly on the Dentron products which are, at least in part, Mizuho on the inside.